Proba is a tool for A/B testing
in mobile apps 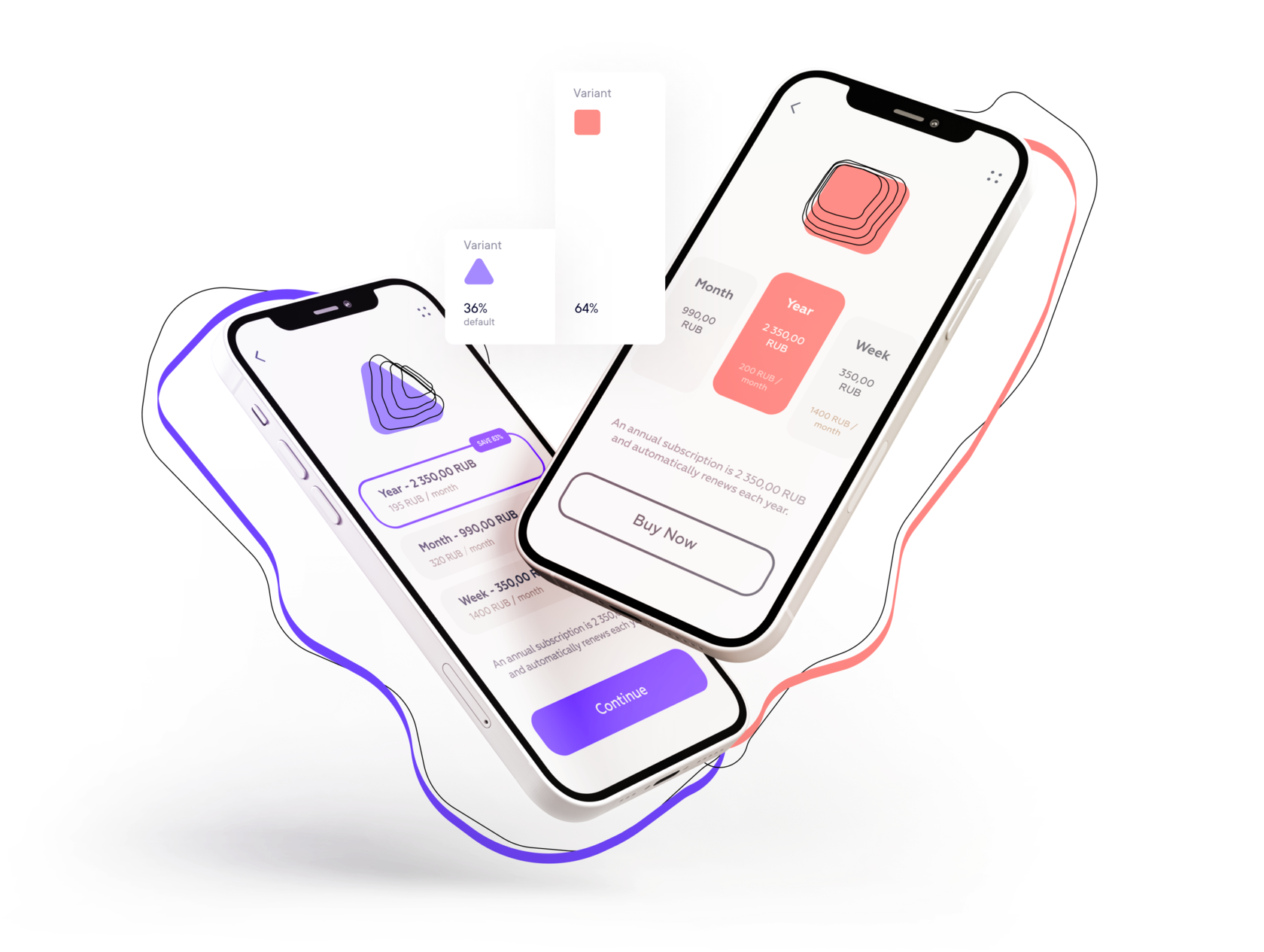 based on Bayesian statistics

Proba is a tool for A/B testing
in mobile apps 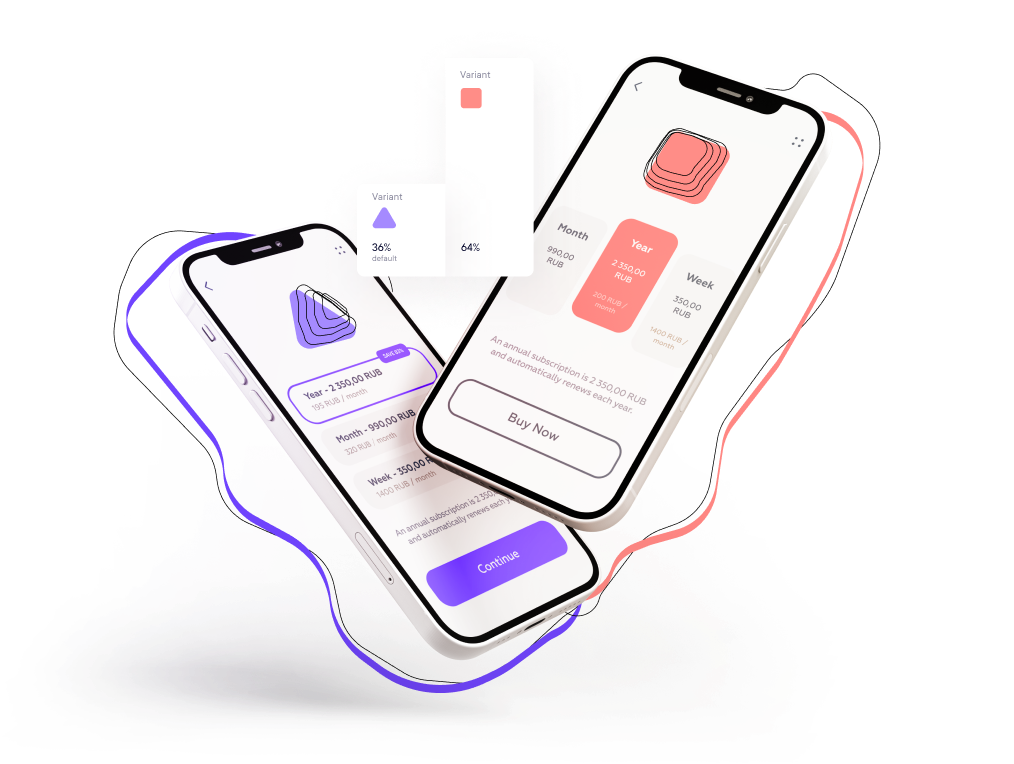 A flexible tool for: 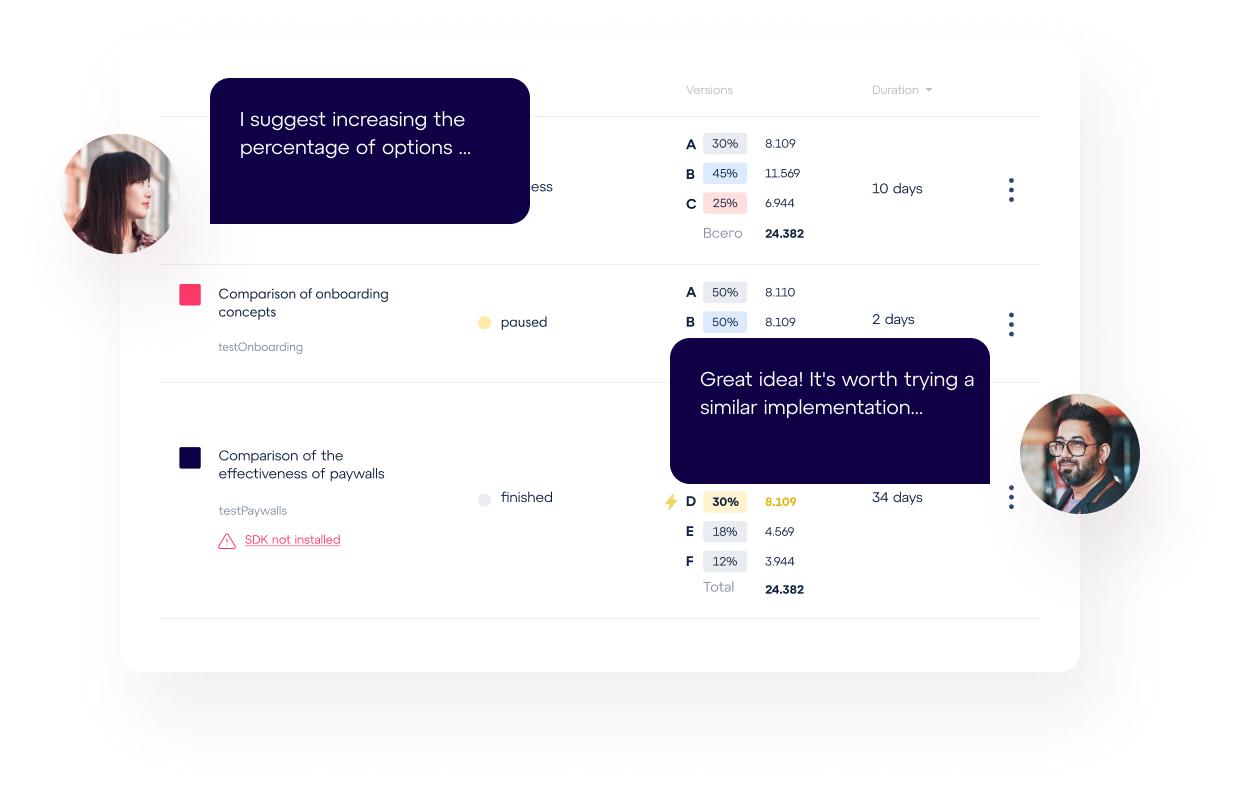 Optimize for conversions, revenue, and ARPU 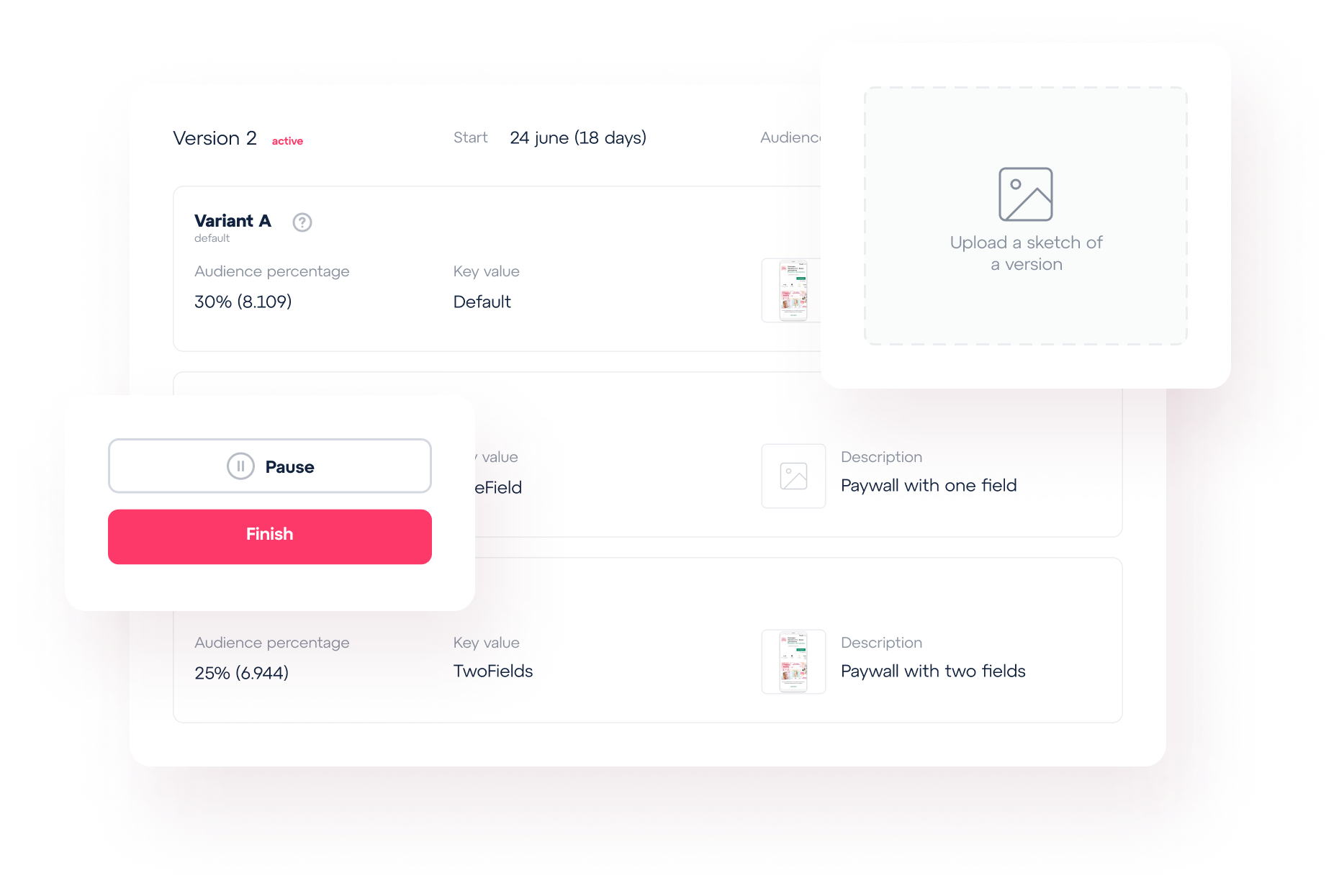 Partners that entrust their
products to us
First of all, we are grateful to Proba for the opportunity to participate in the beta testing of the service. In the first test, we chose the best paywall and increased the Conversion-to-purchase rate from 4% to 6.3%. And thanks to the new smart algorithm of automatic traffic distribution we learned that we were losing profit. We are planning to use the new AB testing algorithm in the future to get more purchases during the test phase in our mobile apps.
Team Sweet
The service strongly simplifies our work. We made several rounds of testing subscription screens and checked about 15 different paywalls. In six months we increased the conversion to purchase rate by 10% thanks to experiments. Tried both manual traffic distribution and Thompson's algorithm. We also used the service to test small interface elements. Great support service — we had special requests and they helped us set everything up. But in general, the setup process takes a few hours.
Vitali Mikulski
Welly, Product manager
Manually specify traffic distribution shares by option. Redistribute traffic on the go, without interrupting the experiment. Use classic A/B tests when it's important to control the share of the focus group. 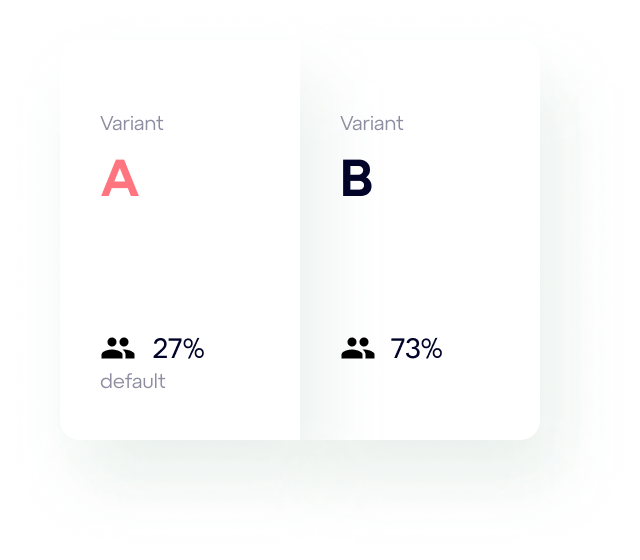 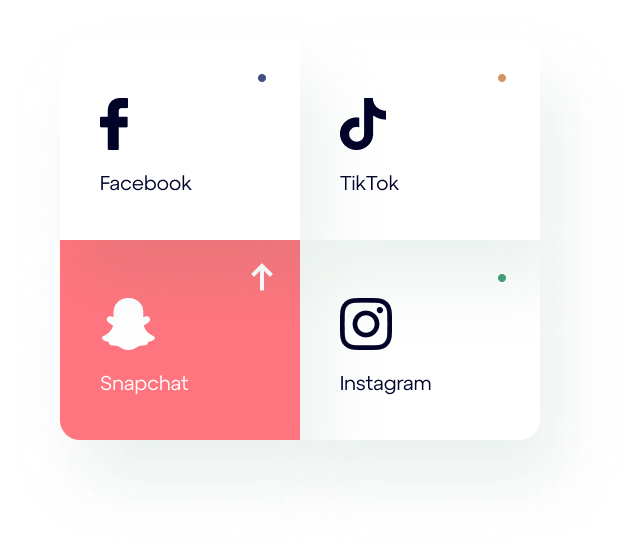 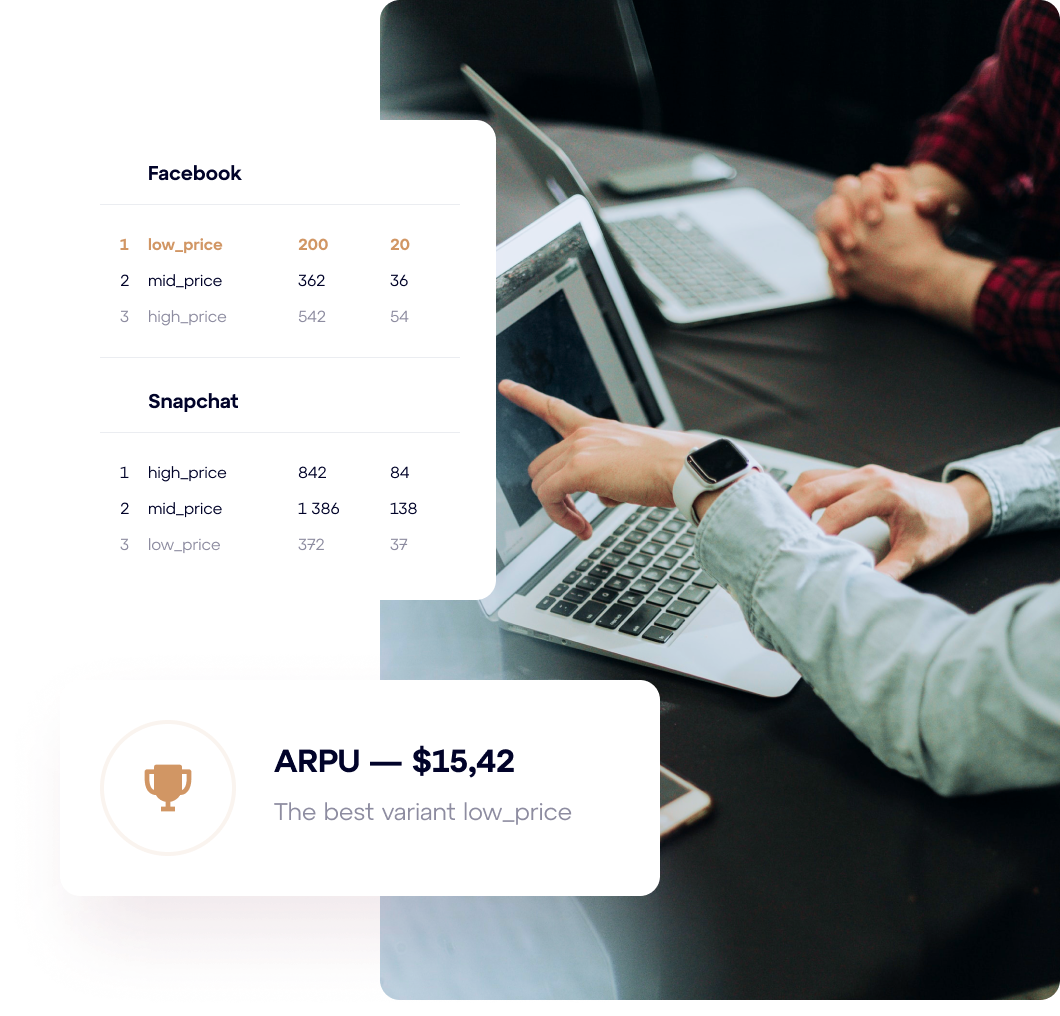 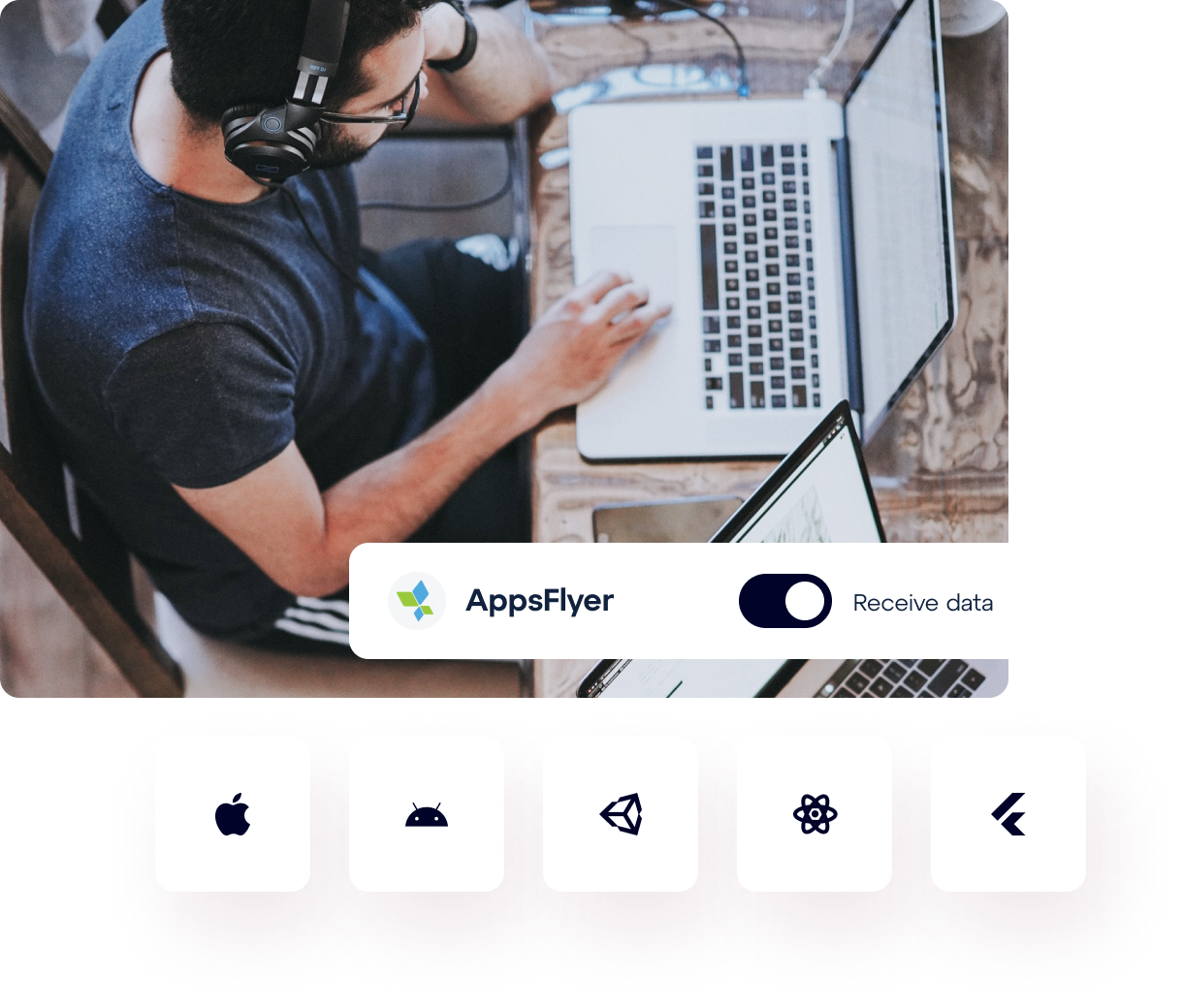 Set up integration with analytics and mobile attribution systems that you are already using in your mobile apps (e.g., Amplitude, Appsflyer, Adjust, Dev2dev or Appmetrica).
View demo account

We have taken care of your users: the size of the SDK is only 400 KB, which will not affect the performance and size of your Android or iOS app

Your personal manager will help
you design a perfect experiment: from launching and tracking to interpreting the final results

Publish experiment findings in real-time, without waiting for a release in your mobile apps

Our service is compatible with Amplitude, Appsflyer, Adjust, Dev2dev, Appmetrica

Start experimenting
Learn more about how automatic and manual traffic redistribution work ⟶
During the experiment, the algorithm automatically redistributes the users between the options so the "winning" option gets a major portion of traffic. This helps save up to 80% of traffic and make substantiated decisions faster.

How does user distribution in A/B testing work?
The service offers manual and automatic traffic distribution between testing options.

Using manual (classic) distribution, you determine shares of traffic volume for each traffic option on your own. For instance, 50/50 or 70/30.

Manual distribution works great when you need to control the share of the audience on which you test a new feature — for instance, in classic A/B tests.

Automatic distribution is an algorithm that picks out a testing option demonstrating better performance and drives the best part of traffic to it. What makes this method beneficial is that the algorithm can adjust distribution on the go, without interrupting the experiment.

Down the road, you get more conversions during the test. It helps save time and earn more than with classic A/B testing. This distribution technique is underpinned by Bayesian statistics and Thompson sampling.


What is the difference between automatic and manual distribution?
In classic A/B testing, users are divided into groups; all groups are shown different options. After some time, the experiment is evaluated by a specific metric (e.g., conversions into purchase). In this model, traffic shares remain the same throughout the experiment.

The algorithm that automatic distribution relies on distributes traffic dynamically. During the test, the algorithm continuously analyzes performance of options in terms of the selected metric and distributes users accordingly: the better result an option delivers, the more traffic is driven to it.

For instance, you test subscription screens and have selected conversions into purchase as the key metric. You have 4 paywall options, all traffic is evenly distributed between them.
After some — preset — time after the launch, Paywall 1's performance looks better than the others. In this case, the algorithm allocates more users to this paywall and continues to analyze the metrics. If another option starts showing a higher conversion rate, the algorithm will redistribute traffic again.

The algorithm collects the metrics it needs and revenue data on its own. In such tests, poorly performing options are shown less to users — thus, experiment costs decrease.
How does A/B testing with automatic distribution make money faster?
We conducted an A/B test of paywalls using manual traffic distribution for our client from the dating vertical. Based on the results, we used the best performing subscription screen.
Some time later, we fed historic data to the automatic distribution system — to see how the algorithm would distribute traffic.

It turns out that the algorithm would have handled the task better. According to the test result, the option that we picked out during manual distribution, would be recognized the best by the automatic algorithm. But for the same money that was actually spent, the client could have generated more purchases at a lower CAC. In monetary terms, the project missed some $7,500 on the focus group for 5 days.
How we lost $7,500 on mobile app A/B tests but learned how to conduct them
Why do I need to segment traffic when carrying out A/B testing?
Users on different channels, in different regions, using different devices may behave differently in the app.

A great case from our experience: for one of our clients, an app, we bought traffic from Facebook and Snapchat. The test showed that Facebook campaigns were better optimized for conversions into trials, while major in-app purchases came from Snapchat.
This is why you need to keep in mind the user acquisition specifics and segment traffic when carrying out A/B testing. Our tool helps segment traffic by source, region, device, operating system, and other parameters.

Who would benefit from the A/B testing service?
Terms of use